Drip Digital would proudly like to announce that infamous marketer Dean Hunt (deanhunt.com) is now part of the Drip Digital family. 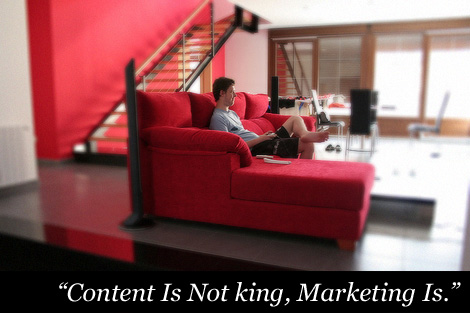 Dean Hunt is a 30-something internet entrepreneur who lives in Spain (EDIT: he no longer lives in Spain, back in the UK now). He started making money on the internet around 2005 and within a short amount of time he became a success. Hunt became an expert in buzz marketing, a term that he has made popular. Buzz marketing is simply marketing in such a way that it causes a “buzz” on the internet, resulting in a lot of attention and a lot of website visitors.

Dean Hunt definitely doesn’t do business in a “used car salesman” type of way. In fact, if you visit his website, as hundreds of thousands of people have, you’ll probably have a difficult time finding anything to buy from him. So how does he make his money? He dabbles in different types of internet marketing, much of which he keeps under the radar, and he provides a consulting service—for the people who are lucky enough to be able to schedule time with him.

Dean Hunt started out with the idea that if he really put his mind to it, he could learn what he needed to in order to make a full time living on the internet. By his own account, he spent about 12 hours a day and countless months learning everything that he could about internet marketing, jumping in and practicing what he learned. Dean Hunt sold his first website in 2006, and since then, site flipping has been one of his biggest money making ventures.

Fortunately, for a lot of people who are serious about internet marketing, Dean Hunt does regular presentations at various seminars and webinars. Though he makes plenty of money through these presentations as well as through site flipping and other internet marketing ventures, he provides a lot of helpful information for free. Most of the tips and techniques that he reveals are about how to get amazing results by marketing outside the box, and of course, by creating a buzz.

Dean Hunt has an excellent reputation among his internet marketing peers and the people whom he has coached and inspired. Though Hunt takes his internet business dealings seriously, he still has a humorous way of looking at work and life, and people are attracted to him because of it. His unique ways of marketing make him a lot of money, so when he gives advice, people tend to listen.

Here are some words about Dean from other people's websites:

The first two things that hit me when I first visited Dean’s site were:

- and the video of him being attacked by killer bunnies! (is no longer there, unfortunately. )

From being an exuberant marketer/blogger to the charity work he does, I can’t even begin to list the number of posts I’ve found useful.

Another thing I like about Dean is that he doesn’t pretend to be perfect. He has his faults and it’s not something he particularly hides. To me, it makes him more approachable and easier to relate to.

A friend told me about Dean Hunt, not because she was interested on Internet Marketing but she found the guy a good read. When she told me Dean Hunt is a good read I never thought that it was an understatement. I head onto his site and almost fell on my chair laughing out loud on his witty remarks.

Dean Hunt is well know for his “buzz” marketing. It is to create a buzz and sell products in a very different approach. I subscribe to his blog knowing I could learn a lot from him. I can sense that behind his funny remarks he really knows the “buzz”. He recently shared his 5th deadly business myth and I am almost halfway reading it. I was enjoying it so far. His article about gaining what he call “authority hack” is really an eye opener. He talk about it in a very light way. I will have a copy of that book when it’s out.

You Gotta Love His Humor

He is one of the few marketing geniuses who make me laugh out loud. I’ve been a subscriber of his blog for some time now, and not only am I learning a lot from his buzz marketing tactics, I am forever grateful for the tons of laughs that he provides when he mixes those boring marketing lessons with his endearing sense of humor. I guess I can relate to him because he is almost the same age as me, he has a youthful charisma that I am drawn to.

He was involved for some time in buying and selling of websites for profit, and I have been toying with the idea since he came out with it so I am hanging on to his every word regarding the subject so that I can learn from him if I want to succeed in what I plan to do. I have even opened my own Twitter account just to follow him there, get more of him other than what I already get from his blog and sites.

I am thrilled that like me, he is also a WordPress worshipper, and he believes in learning everything by doing it yourself (instead of having it taught to you by books or someone else), something which I also strongly believe in. I admire his outlook in life, and agree with most everything that he says. It’s like he’s reading my mind and putting it in writing (in a humorous way that I never could have done).

I could never get enough of Dean. I even read his interviews on other sites when I get the chance, to get to know more of him. Plus he drops helpful buzz marketing tips during those sessions, so I gain additional knowledge from reading them, too. He is one of the (if not THE best) buzz marketing guru out there today. If I had money to afford his consultation fees, I would gladly give it to him. I know that it would be worth every dime.

We are excited to add such a dynamic marketer to our team! Dean is specifically going to help manage our content around ClickFunnels (the insanely popular funnel building tool).

If you're interested in some of our most popular content managed by Dean, check out some of our articles and guides below: